Although many people enjoy riding motorcycles, most drivers are completely unaware of how to share the road safely with motorcycles. It would be unwise to treat motorcycles the same as other motor vehicles when sharing the roadways with them. Because motorcycles do not offer any protection to the riders in the event of an accident, it’s crucial drivers do everything in their power to keep motorcycles safe and prevent accidents.

When sharing the road with motorcycles, exercising a little caution can go a long way toward keeping everyone on the road safe. To help avoid accidents, follow these motorcycle safety tips:

Many people have prejudices against motorcycles and their riders, but that doesn’t mean riders are without rights. If another driver recklessly or negligently causes a motorcycle accident, they can be held responsible for their actions. With the help of an experienced motorcycle accident attorney, victims can recover compensation to cover the cost of necessary medical treatment, loss of earning capacity, damages to the motorcycle, and pain and suffering. 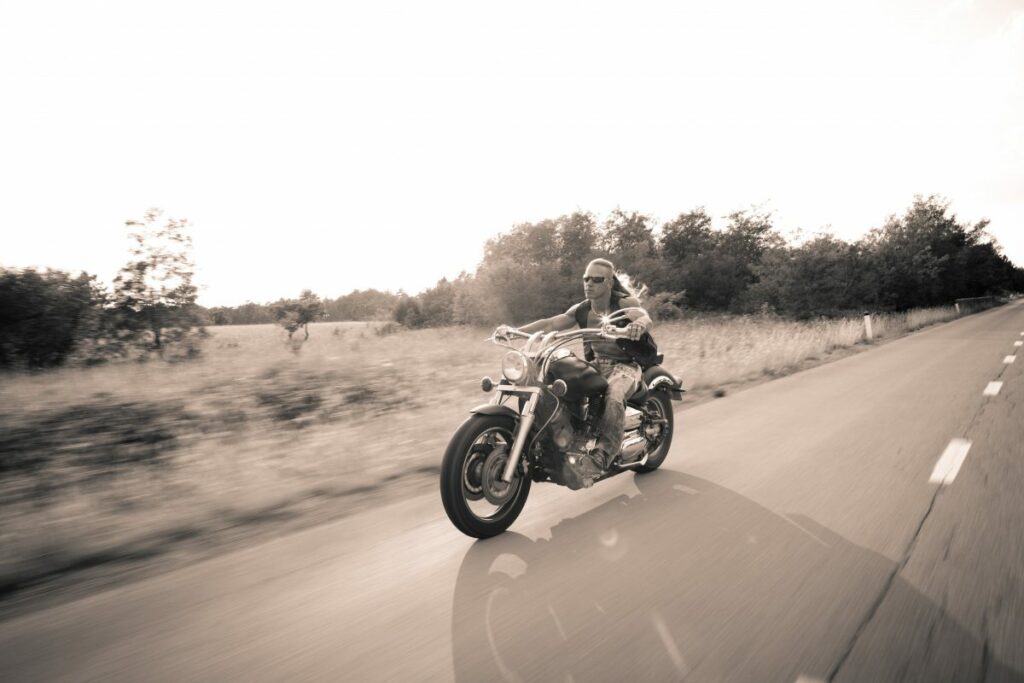 The people of Texas love their motorcycles, and why not? We have great weather most of the year, the roads tend to be dry most the time and it’s a great way for many people to cut loose and feel free. Unfortunately, with all of that freedom comes risk. Motorcycle accidents can change a life in an instant.

Unfortunately, vehicles all sizes and shapes and drivers of all skill levels all share the same roads, which places motorcycles at a serious disadvantage when it comes to avoiding accidents. Their design, which is based on two wheels, is naturally far less stable than other vehicles with four or more wheels and because motorcycles are small, they are often hard for other drivers to see, which leads to a lot of dangerous situations. Also, because motorcycle riders are so exposed, an accident that would seem minor in another vehicle can be absolutely devastating to a motorcyclist.

According to statistics from the National Highway Traffic Safety Administration (NHTSA), based on highway miles driven, motorcycle fatalities are roughly 30 times more likely than deaths in passenger cars. The number of deaths from motorcycle accidents is been trending up for years, with the number of fatalities in 2014 being more than double the number in 1997. Of course, because of the level of exposure a motorcycle rider faces, one of the most common injuries suffered by motorcyclists is brain trauma, which is why a helmet is an absolute necessity, even in states like Texas, where motorcycle riders over the age of 20 are not required to wear one. The Insurance Institute for Highway Safety has studied this issue and found that motorcycle helmets are about 67 percent effective when it comes to preventing brain injuries and 37 percent effective for preventing motorcycle deaths.

There are many causes of motorcycle accidents, including problems with the road surface, such as slick spots due to oil or water or both, potholes or debris in the roadway. Many of the accidents that happen between motorcycles and larger vehicles are due to the negligence of the car or truck driver, either because the driver of the larger vehicle didn’t see the motorcyclist or they failed to follow the basic rules of the road regarding motorcycles.

For example, because they are very lightweight vehicles a motorcycle can stop much more quickly than a car, which means the car shouldn’t follow too closely. Also, when driving at night, drivers have to pay extra attention because a motorcycle headlight can often line up with the headlights of the car behind it, making it difficult to see. And because it is difficult to judge a motorcycle’s speed and distance, it is unwise for any driver to pull out in front of one.

The devastation experienced by a motorcyclist in an accident is usually far worse than any other motor vehicle accident, mostly because they are not protected by a steel cage surrounding them and keeping them safe and they are smaller than everything else on the road. When something as large as an 18-wheeler crashes into a motorcycle, it’s difficult to imagine how anyone could escape injury, but even in an accident involving a car, because of the natural lack of stability, even touching a motorcycle the wrong way can lead to tragedy.