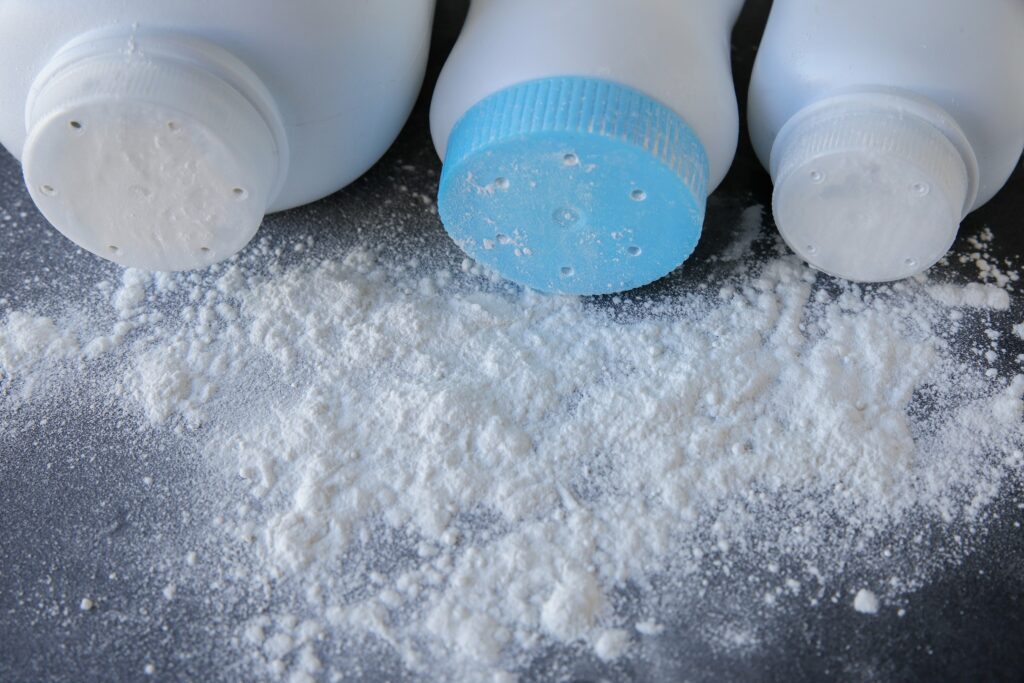 Baby powder is widely used for a number of tasks, including absorbing moisture and freshening up. The product’s talcum powder base has unfortunately been linked to serious health problems when used for certain purposes, leading to allegations that companies have failed to warn consumers of these dangers despite decades of research.

Studies, including a recent one published by the Cancer Prevention Research journal, have shown that women who regularly use talcum powder in the genital area are 24% more likely to develop ovarian cancer. While the study stressed that the powder is not harmful when applied to other areas of the body, many women use the product to keep their private areas fresh and to avoid offensive odors. In addition to direct application, the powder is often applied to undergarments, sanitary napkins, and other uses that allow the particles to travel into a woman’s body and cause inflammation, which increases the risk of cancer.

While recent studies have shed light on this important correlation, the link between talc and ovarian cancer has been acknowledged since as early as 1971. Since then, several studies have been analyzed, including a meta-analysis gathering data from several studies, which led to the results provided by the Cancer Prevention Research journal.

The Ovarian Cancer National Alliance reports that over 21,000 new cases of ovarian cancer were diagnosed in the U.S. in 2014. The disease killed over 14,000 women in the same year, and from 2004 to 2010, an estimated 44.6% survive for five years after diagnosis. This form of cancer is known as a particularly dangerous type, as many women do not receive a diagnosis until the cancer is in advanced stages.

Knowing how to spot symptoms of ovarian cancer is very important, because they aren’t always obvious; many such symptoms are also common among women without ovarian cancer, so it may be better to be safe than sorry, especially if you have used baby powder or body powder for many years.

Among the most common early symptoms of ovarian cancer can include belly or pelvic pain, bloating, loss of appetite or feeling full more quickly than usual, or urinary problems, especially having to go to the bathroom more frequently. Some women will also experience indigestion, constipation, fatigue, back pain, pain during intercourse, or changes in their menstrual cycle.

Obviously, symptoms like these may not indicate cancer. But, if any of these symptoms happens almost daily for more than 2-3 weeks, you should speak with a doctor. The symptoms of ovarian cancer follow a recognizable pattern, in that they start suddenly, they happen almost every day and don’t go away, and they don’t feel the same as your normal menstrual or digestive problems.

Due to the widespread use of Johnson & Johnson’s Baby Powder and Shower-to-Shower products, without warning women of its potential risks, the company now faces two class action lawsuits. After South Dakota resident Deane Berg successfully sued J&J for failing to warn her of the risks of talcum powder and therefore increasing her risk of ovarian cancer, many more women have come forward to seek compensation for the same risks posed to them.

Those who have developed ovarian cancer after using a talcum powder based product or their loved ones can turn to Blizzard Law PLLC for representation in seeking compensation. Our attorneys have experience in pursuing a number of pharmaceutical claims against the most intimidating companies, and we can use our extensive knowledge to confidently help you.