Sleep apnea is a condition that causes people to stop breathing for a short period of time in their sleep. Physicians often prescribe sufferers a machine to use when they sleep. In April 2021, Phillips alerted the public to safety issues with its popular CPAP and BiPAP machines, namely that patients were ingesting and inhaling dangerous chemical particles from the machine itself. These are devices meant to help people with obstructive sleep apnea sleep safely at night and continue breathing steadily. A CPAP device consists of a mask that is connected to a hose that delivers steady air pressure. The hose is connected to a compressor that pressurizes the air and forces it through the tube.

Phillips itself is the one that noticed the issue and voluntarily recalled the machines. The FDA gives recalls their own rating based on the potential dangers. This recall was a Class I, which is the most serious type of recall reserved for those that “will cause serious adverse health consequences or death.”

Phillips Knew About This Issue for Years But Did Nothing

The timing of the recall notice seems somewhat suspect. Phillips had snuck the announcement in one of its quarterly filings with the SEC. At the time that Phillips discovered the defect in its DreamStation CPAP, the company had just released the next generation of its product. It is difficult to believe that Phillips just learned about the problem right when it issued the recall. In fact, Phillips is being sued by one of its suppliers who alleges that Phillips blamed its product for the dangers when Phillips knew about the problem with the foam for years. In fact, an FDA investigation found that Phillips received hundreds of thousands of complaints about this exact issue before issuing a recall.

Phillips did not recall the machines for almost two months after its regulatory filing detailed the problem. This recall affected roughly 750,000 devices. These CPAP machines were manufactured over a 12-year period. Those who are using older machines likely have a higher risk of injury because they have been breathing in harmful particles for a longer period of time.

Phillips did not replace the device entirely. Instead, it provided users with a kit to repair and replace the device. The company has sent out over 250,000 repair kits, but there are also issues with the proposed remedy. In the meantime, users were not told to stop using their devices. Instead, they were only told that they should consult with their doctor about the next steps.

Sleep apnea devices are not quiet. There are vibrations in the machine itself. When it is placed on a flat surface (as it is supposed to be), the sound can reverberate off the nightstand. So, the same device that is meant to help you sleep could actually keep you awake. With that in mind, the manufacturers of this CPAP device decided to design the machine with a layer of foam insulation that was intended to absorb the sound.

The specific type of foam in the Phillips CPAP machine is polyester-based polyurethane. These are commodity plastics that are made with a blowing agent such as carbon dioxide or pentane. Polyurethanes are made as the result of a chemical process, and they include numerous catalysts, chemicals, and materials that could be dangerous to human health.

The problem is that the sound abatement foam does not stay intact over time. When it is placed inside an active working machine, the foam can degrade and break down. There are several possible outcomes for the disintegrating foam:

Either way, the patient may ingest harmful substances. Beyond the risk of irritation to the eyes and respiratory tract, there are even more serious side effects. Some of the major risks of inhaling or ingesting these dangerous substances include:

In the wake of the recall, the FDA sought to learn more information about the product defect and how it happened. The FDA is also looking into the safety of the repair kit that CPAP machine users received, which replaced the polyurethane foam with silicone. Silicone has its own safety problems according to some scientific studies. Phillips may have traded one problem for another, as a silicone-based product failed one safety test overseas.

It is too early to tell how many people have been injured by this defective CPAP device. At the time of the initial recall, the FDA cited over 100 reports of injury. It is likely that the real number is far higher.Injured Consumers Are Filing Lawsuits Against Phillips

By the end of 2021, there had already been over 100 lawsuits filed by people claiming personal injury from a defective CPAP machine. Given the dangers of sustained ingestion of these dangerous chemicals, we expect the number of lawsuits to grow substantially. There is already multidistrict litigation in federal court that is moving forward.

One of the first lawsuits was filed by a patient who was diagnosed with lung cancer in June 2021. He had used a Phillips sleep apnea device for six years. There are likely many more people like this plaintiff who will come forward. 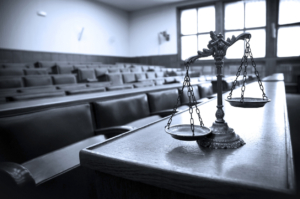 If you or a loved one have used a Phillips CPAP or BiPAP device and have suffered one of the injuries above, you may be entitled to significant compensation. The attorneys at Blizzard Law PLLC can help… Call us today at (866) 560-1867 or contact us online to schedule your free no-risk consultation.

FDA Update on Phillips Sleep Apnea Machines Does Not Bode Well for Consumer...
Scroll to top