After Phillips issued a voluntary recall of its CPAP and BiPAP machines, the FDA understandably had questions. After all, a company that mentions unfavorable test results that affect nearly a million users and mentions it for the first time in a financial filing is acting like it has something to hide. It turns out that where there is smoke, there is fire. Not only is there evidence that Phillips knew about this problem for many years, but its own solution to the product recall may be as dangerous as the defect it is trying to fix.

Phillips recalled approximately 750,000 machines. The problem was the polyurethane foam that was used as a sound abatement measure degraded over time. Users ingested and inhaled tiny foam particles that were forced from the machine into their lungs. The polyurethane also released dangerous chemicals. Consumers were exposed to toxic substances that could damage internal organs and cause cancer. Since the initial recall, the scope of the issue has widened. There are some estimates that it may now impact approximately 15 million devices worldwide.

The Silicone Foam May Not Be Safer than Polyurethane

After the recall was announced, the FDA inspected Phillips’ manufacturing facility to try to figure out what caused the defect. In the course of the inspection, the FDA learned more information about Phillips’ proposed remedy of the defect that caused even more concerns.

Phillips initially chose to send repair and replace kits to consumers. They prepared roughly 750,000 kits, one for each of the defective machines. The FDA initially approved the recall plan, and Phillips had sent out around 250,000 of them. Phillips proposed that customers would replace the polyurethane foam with a silicone-based foam.

However, the November FDA update suddenly withdrew the agency’s approval of the recall plan. It turns out that silicone has its own safety issues. Even though domestic tests did not indicate a problem with this material, silicone failed a safety test overseas. This concerned the FDA to the point where it is no longer on board with the proposed recall measures. Now, in a sign of how little the FDA trusts Phillips, Phillips must have the silicone replacement tested by an independent laboratory.

The FDA also inspected Phillips’ computer system and found that the company had received many complaints about this same concern dating back several years. The company may have known about this issue as early as 2015, making its 2021 announcement in a financial filing seem particularly problematic. Philips took no action to recall the products or even warn the general public of this hazard, even though hundreds of thousands of people were already learning about it firsthand through their own breathing at night.

The FDA’s writeup of its investigation looks particularly damning. The FDA report mentioned 14 different times that there was evidence that Phillips was aware of these issues. There were emails between employees and foam suppliers discussing this exact problem. What is even more outrageous is that, during this time, Phillips was blaming the issue on another supplier. The supplier is now suing Phillips for the damage done to its business by Phillips’ attempt to deflect blame for its own alleged failures to keep consumers safe.

The legal issue here is that Phillips knew of the defects but failed to warn the public. This is a product defect that could make Phillips strictly liable for damage caused by its product. The company would have been legally obligated to come forward as soon as it knew or should have known of the issues with the foam. This allegation would be in addition to a potential design defect for the company’s decision to use polyurethane foam in its machines that could degrade over time.

The discovery of internal documents showing what Phillips knew about the problem may be particularly damning, especially since the company has tried to blame one of its suppliers for the problem. These are the type of facts that could anger juries at trial. Similar evidence in mass tort cases against Bayer (Roundup weedkiller) and Johnson & Johnson (talc powder) led to massive punitive damages.

Call a Product Defect Lawyer to Discuss a Lawsuit Against Phillips 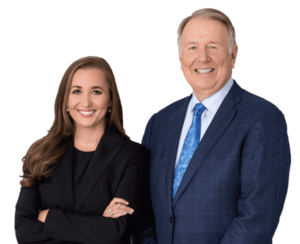 The attorneys at Blizzard Law LLC have a long track record of helping people just like you who have been injured by a medical product that you trusted. We are not afraid to take on large companies like Phillips that have put their profits ahead of your safety. Call us today at (866) 560-1867 or contact us online to schedule your free initial consultation.