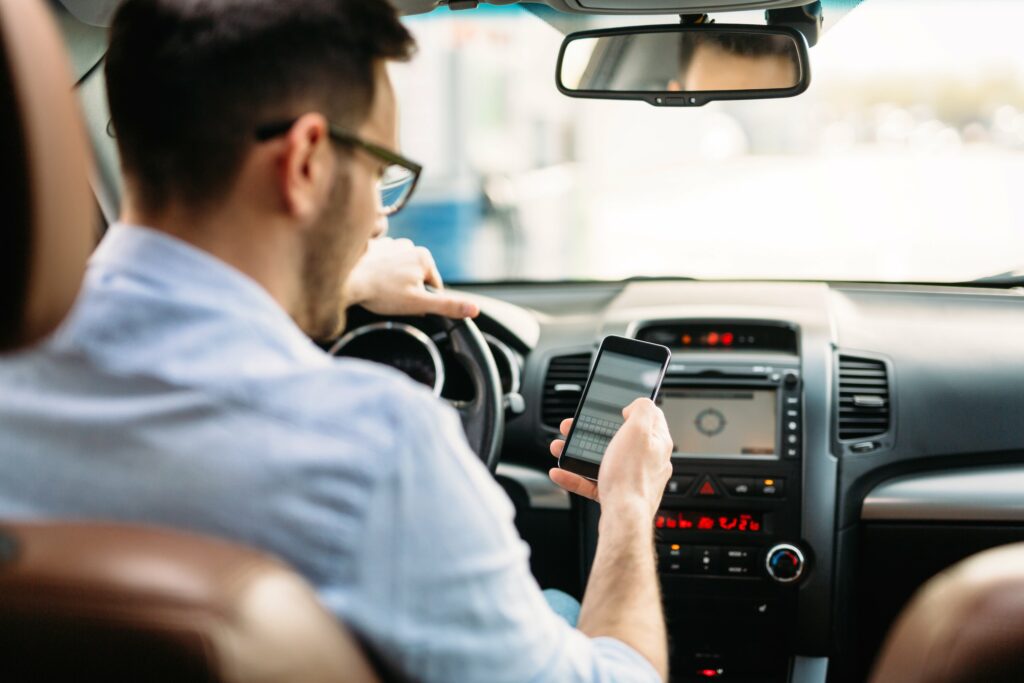 It cannot be understated how dangerous distracted driving is for drivers, passengers, and other motorists. The Texas Department of Transportation reports that one in every five car crashes involves a distracted driver, and one of the most frequent distracted driving behaviors is texting while driving.

Why Is Texting While Driving So Dangerous?

Texting while driving involves a combination of three types of distraction: manual, visual, and cognitive. Texting involves drivers taking their hands off the wheel, eyes off the road, and their minds off the task of driving, which can have deadly consequences. According to a recent study, drivers are well aware of the dangers of using a cell phone while driving, but half of all drivers choose to use one while driving anyway.

Because many drivers refuse to drive safely by putting their cell phones down while driving, legislators in Texas have passed a texting while driving ban that will make it illegal to “read, write, or send an electronic message while operating a motor vehicle unless the vehicle is stopped.”

Drivers who violate this new law can be fined between $25 and $99 for the first offense. The new law will go into place on September 1, 2017, and will help protect all motorists on the roadways from accidents caused by distracted driving.

Other Types of Distractions

While texting is a huge distraction, advancements in technology also means that drivers have new avenues for dangerous driving.

One of the fastest growing social media applications for teens and other young drivers, SnapChat, is being accused of causing car accidents.

SnapChat Use While Driving

In 2014, SnapChat introduced a “speed filter” that tracks a user’s speed while taking a photo and overlays the speed on the photo. This filter builds on a popular trend of taking pictures or “selfies” and sharing them on social media. The application even incentivizes using filters like the “speed filter” by awarding users virtual trophies for using them. An alarming trend has emerged involving teens using SnapChat and its speed filter while driving.

While the SnapChat app includes a “Do Not Snap and Drive” warning message, many teens are ignoring the message entirely. The average person texting while driving takes their eyes off the road for five seconds, which is the equivalent of traveling the length of a football field at 55 mph. However, using SnapChat while driving not only encourages users to take their eyes off the road for even longer, but also encourages them to drive faster, greatly increasing the risk of serious injuries in the event of a collision.

A catastrophic car accident in September 2015 occurred because the driver was using SnapChat and its speed filter while driving. The driver crashed into the back end of another vehicle at 107 mph, causing the driver of the other car to sustain a traumatic brain injury. The victim has now filed a lawsuit against the driver, and SnapChat for promoting dangerous driving that caused the accident.

Infotainment systems, or In-Vehicle Information Systems, give drivers the ability to use GPS, radio, smartphone Apps, and calling capabilities via an easy to use touchscreen.

However, these systems are causing worse distractions. According to a study from AAA, drivers that are programming an address into their GPS system were distracted for an average of 40 seconds. If a driver was traveling at 25 mph, this would be enough time to travel the length of approximately four football fields. The length of distraction did not decrease for drivers who were using voice commands to program the GPS.

The problem with infotainment systems in cars is that they require mental focus to operate. Not only are drivers taking their eyes off the road and hands off the wheel, they are also focusing on a task other than driving.